The Toronto Harbour Islands (and their cargobikes!) 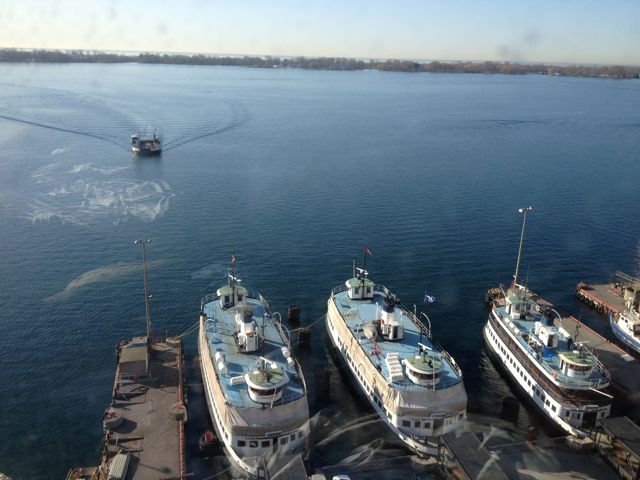 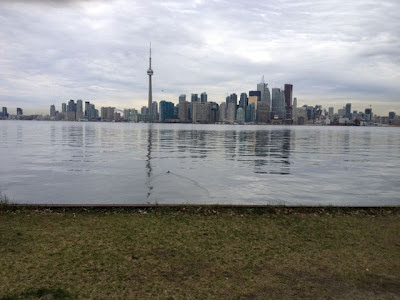 Toronto has a little archipelago of sand bar islands just offshore from the center of the business district, with residential neighborhoods, a popular summer amusement park, lakeside beaches, and the (apparently not very popular among the islanders) Toronto City Airport. Ferries connect Ward's Island to the mainland year round and others during the summer season.


Here's a view of the ferries and a photo of Toronto as seen from Ward's Island. 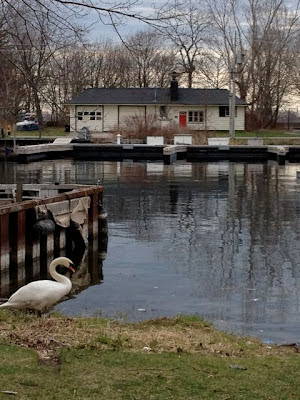 Could this be a nice place for your boat? 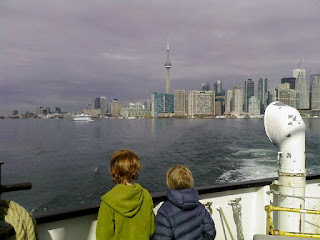 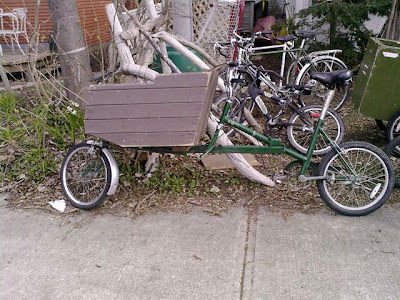 ...but it isn't!  There are cargo bikes all over the island!

From what we heard, there is a bike welder on the island who makes these wonderful creations out of old bits and pieces, shopping carts, and lots of creative design sense.
Cars are used there for deliveries and utility repairs but generally the residents use bikes to carry everything to and from the center of the city. Bike paths go everywhere and there's no car traffic to avoid.

Necessity is the mother of invention! 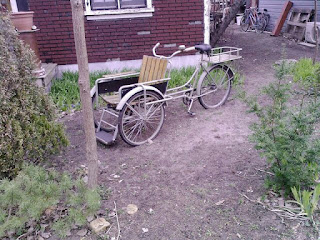 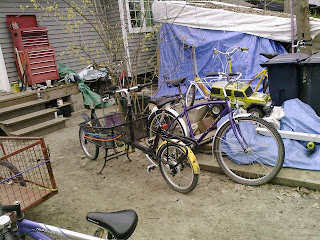 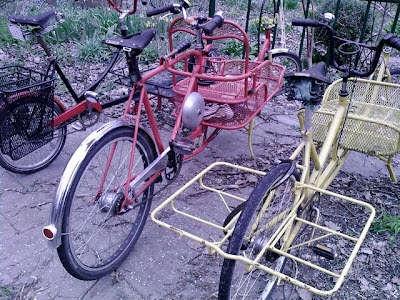 If your bike bell just doesn't attract enough attention, why not just replace it with one from a tram?


We think this might be the bike builder's lair.


We'd love to know what it's like to live on these islands. It looks so idyllic now in the off season, but when the summer comes and the amusement park fills with the rest of Toronto's population, is it like living on Navy Pier in Chicago? 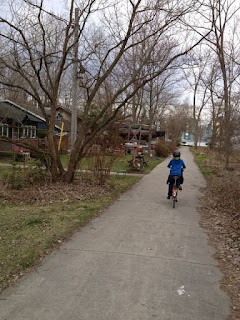 If you live on the islands, know about these bikes, or have any other suggestions, please pop a comment below!