A Tale of Three Viaducts 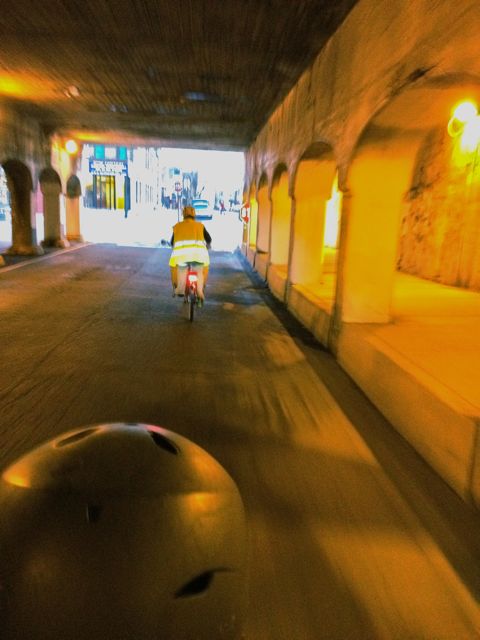 Through UIC and south to Pilsen under the viaduct.
This short one on Morgan, like the one on Peoria, has good pavement and room, nearly no traffic.
Most are safer on the sidewalk, long, dark and drippy, but these are not bad in the lane. 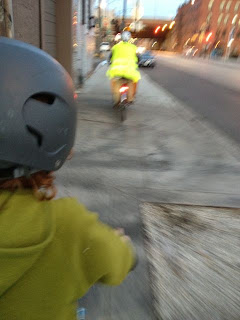 No safe bike lane - onto the sidewalk at Cermak then under
the Dan Ryan and the Cermak viaduct to Chinatown. It
dynamo lights in the daytime                   has traffic and dips so we take the sidewalk there too.


It's fun to watch the boats on the river 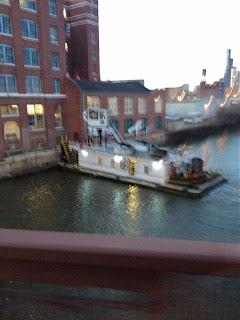 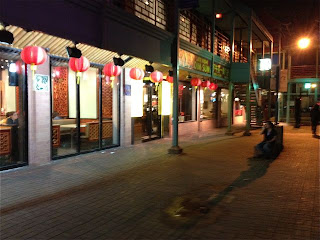 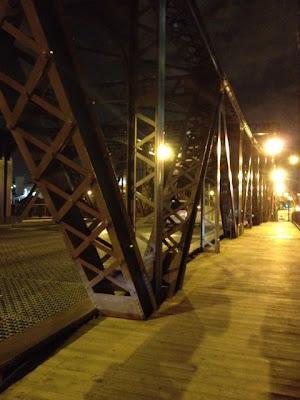 Cermak bridge. The tugboat's gone. With no bridge plates and fast traffic it's onto the sidewalk again. 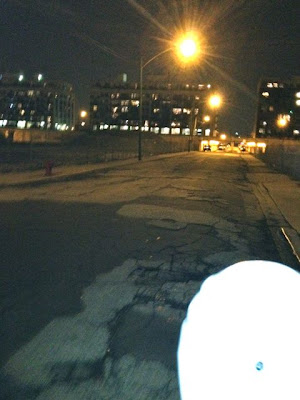 The viaduct ahead on Peoria leads to the former wholesale grocery markets. Where we used to bike through trucks, oily puddles and noise now it's all families. Peoria has crumbling pavement but there's nearly no traffic - it and a little jog on Morgan make a great bike route all the way up to Lake Street. Another good one is Loomis.

Chicago at night from UIC 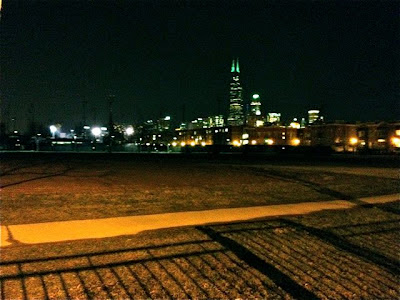