Take transit and bike? Why not a federal commuter tax benefit that works with both?

Last month (before the seismic changes on Kinzie Street's separated lane), I had a chance to sit in on the Ped(al) forum at the TransportChicago conference here in Chicago.  The last third of the Ped(al) section was a paper presented by Gregory T. Smith and Michael Menelli about the Bike Commuter Tax Benefit and how it can and can't be used to encourage more bicycle commuters. I had never heard of the Bicycle Commuter Tax Benefit. 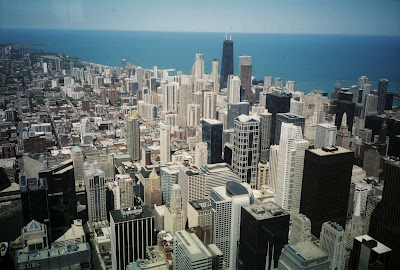 The Bike Commuter Tax Benefit is part of the larger Transportation Benefit 26 U.S.C. 132 (f). This is a menu of different benefits for employees to encourage them to use public transportation, carpooling and bicycles. The cycling portion was part of the bail-out bill.

As presented by Gregory Smith and Michael Menelli, the bicycle benefit in a conservative tax lawyerly nutshell is a twenty dollar monthly benefit for bicycle commuters that use their bikes at least half of the time each month for at least half of their commute. If you'd like to see the law, look at section f (5) (F) of this link.

The $20 a month total benefit is great for businesses with lots of bike commuters because it comes out of revenues before they are taxed. It can be used to buy, store and maintain the bike you use to commute with proof from your bike shop that the work or purchase has been done. That's the upside.

The catch is two fold. First, the benefit cannot be used in combination with any of the other transit benefits. If you use your bike you cannot qualify for a transit pass for example -- or for anything else but purchasing, storing and maintaining a bicycle. Second, no benefits can be claimed for buying any of the things that  keep bikes safe or comfortable on the road. Lights, reflectors and winter commuting clothes are not covered by the benefit. For information on how businesses can take the benefit click here.

Gregory and Michael presented the case that the benefit would make much more sense and encourage more riders if it could cover these basic cycling needs, especially in climates where they are basic to bicycle commuting. For example, in Chicago cyclists cannot commute year round without proper winter clothing.

This would go a long way to creating a useful credit, but I think we should take it a step further. Why not also simply remove the stipulation that the bicycle benefit can't be taken along with the transit portion of the code-- just the last line of the bicycle portion-- so that bicycle commuters can also take the benefit in combination with the transit part?  Then cyclists who ride to a train station and then again from the train to work, or who mix their commutes each month or seasonally between their bikes and the train or bus, could use a benefit that combines cycling and mass transit.  Why not create a multi-modal tax benefit?

In Illinois consider  contacting Senator Durbin or Kirk, and your very own Representative in Congress and request that the tax law be changed to encourage commuters to use many modes of transportation to commute. You can use the link to find any U.S. Cogressman or Senator. Why not put the fringe into the commuter fringe benefit after all?
at 1:16 AM